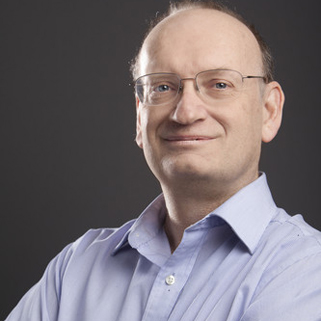 We are studying the catalytic mechanism and functional properties of a novel family of protein kinases termed the alpha-kinases. Members of the alpha-kinase family include Dictyostelium myosin II heavy chain kinase (MHCK), which regulates myosin II filament assembly, and the mammalian elongation factor 2 kinase (eEF2K) which regulates protein synthesis. These kinases have catalytic domains that differ considerably from conventional eukaryotic protein kinases and form an aspartatylphosphate intermediate during catalysis. Our second project focuses on the single-headed class I myosins that drive processes at the plasma membrane such as phagocytosis and endocytosis. We have shown that Myo1e, a mammalian class I myosin, is required for the formation of invadodopodia. We are also investigating the regulation of Dictyostelium class I myosins by members of the p21-activated kinase (PAK) family, which phosphorylate a site in the motor domain, and by the light chains. We have found that Dictyostelium class I myosins contain novel calmodulin-like light chains, termed MlcB MlcC and MlcD, and are interested in understanding how they regulate myosin I motor activity.

Myosins are a large family of motor proteins that power the movement of actin filaments. Myosins play essential roles in most motile processes, including cell migration, cytokinesis, endocytosis and vesicle transport. My laboratory is investigating the mechanisms that regulate two classes of myosins: the conventional two-headed myosin-II and the single-headed, membrane-binding myosin-I.

Myosin-II assembles through its tail domain into bipolar filaments that can contract actin filament networks. The contractile force generated by myosin-II filaments drives cytokinesis and is required to retract the posterior of migrating cells. We discovered a protein kinase, MHCK-A, that blocks myosin-II filament assembly by phosphorylating sites in the myosin-II tail. MHCK-A represents the founding member of a novel protein kinase family termed the alpha-kinases that have a catalytic domain quite different from that found in other protein kinases, Alpha-kinases are a small family, but play important roles in regulating protein synthesis, ion channel activity and cell motility.  We are carrying out structural and biochemical studies to investigate the catalytic properties of the alpha-kinases and to gain insight into the regulatory mechanisms that control their activity in the cell.

We are also studying the mechanisms that regulate myosin-I. Myosin-I is usually found at the plasma membrane and has been implicated in processes such as endocytosis, exocytosis and the formation of membrane protrusions. We have shown that myosin-I is activated by PAK family protein kinases, which phosphorylate a site in the motor domain required for activity.  Also, we are studying the calmodulin-like light chains that form an integral part of the myosin-I molecule.  We have identified three novel myosin-I light chains, termed MlcB MlcC and MlcD, and are solving their structures by NMR in collaboration with Dr. Steve Smith.  Studies to investigate the role of MlcB, MlcC and MlcD in cells are currently underway.

Finally, we have found that myosin-I is needed for vascular smooth muscle cells (VSMCs) to exhibit invasive properties. The migration of VSMCs through the extracellular matrix plays a central role in the development and progression of major diseases such as atherosclerosis. We have shown that myosin-I localizes to sites where the VSMC degrades the extracellular matrix and is required for the formation of these structures.