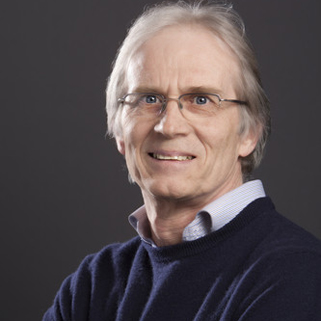 The major focus of the research of my lab is the flagella and pili of methanogenic archaea, from physiological, ultrastructural, functionalÊand genetic aspects. We are particularly interested in posttranslational modifications of the structural components (flagellins and pilins) of these unusual surface appendages, particularly removal of their signa peptides and biosynthesis and attachment and relevenace of N-linked glycosylation.

The major focus of the research of my lab is the motility structure (archaellum) and pili of methanogenic archaea, from physiological, ultrastructural, functional and genetic aspects. We are particularly interested in posttranslational modifications of the structural components (archaellins and pilins) of these unusual surface appendages, particularly removal of their signa peptides and biosynthesis and attachment and relevenace of N-linked glycosylation.

If you have an interest in surface structures like pili and flagella in bacteria and archaea please check out the book I edited entitled “Pili and Flagella: Current research and future trends”.It features 14 chapters all written by world experts on various aspects of these structures including structure, assembly, regulation, evolution and biotechnology applications.

Archaea represent one of the three domains of life as first proposed by Carl Woese1. Once considered as microbial oddities limited to extreme niches, they are now known as a result of molecular analyses to be ubiquitous in nature2, 3. Three recent reviews4-6summarized the significant contributions that work on Archaea has made to the scientific community. This growing awareness of the importance of Archaea stems from research in such diverse areas as the evolution of eukaryotes7, adaptations to extreme environments8, biotechnology9, unique traits10, 11, novel viral lineages12, the human microbiome and possible archaeal involvement in disease13, 14, model systems for eukaryotic processes15, 16, the search for extraterrestrial life17 and the importance in Archaea in global nutrient cycles18-20. Studies on archaeal systems have contributed significantly to our understanding of basic processes in the other domains21-23 but, for various reasons, including a lack of genetic tools in most genera, many basic aspects of archaeal physiology, ecology, biochemistry and genetics remain poorly understood24.

Interactions of Archaea with their environment often rely on a variety of unusual, and often archaeal-specific, appendages which are necessary for a variety of functions including motility, attachment, biofilm formation, DNA uptake and cell communication11, 25, 26. Strikingly, the assembly of many of these appendages follow a bacterial type IV assembly mechanism where structural subunits are made with class III (type IV pilin-like) signal peptides which are removed by a dedicated prepilin peptidase. The subunits are then incorporated at the base of the growing structure through the actions of an assembly ATPase interacting with a membrane-embedded platform protein. Our model organism, Methanococcus maripaludis, is a stringently anaerobic methane-producing archaeon with a sequenced genome and one of the better archaeal genetic systems27. M. maripaludis has two appendages assembled in a type IV pili-like manner namely, pili and, surprisingly, archaella. Archaella are the equivalent of bacterial flagella in function (i.e. swimming) but we were the first to point out that the archaeal version is constructed like type IV pili and bears no homology to bacterial flagella, an important discovery that showed that the main motility apparatus of all three domains of life is distinct28-30. We recently proposed the name archaellum (and its structural subunits archaellins) to denote its fundamental difference from the bacterial flagellum (flagellins)31, and archaeal cells with these structures are called archaellated.

Unlike bacterial flagella and pili, which may contain subunits modified with O-linked glycans32, 33, archaeal components are very commonly modified with N-linked glycans34-36. N-linked glycosylation is a protein posttranslational modification found in all domains of life, although more widespread in Archaea compared with a limited distribution in Bacteria37, 38. In Archaea, N-glycosylation involves assembly of the glycan on a dolichol phosphate carrier on the cytoplasmic side of the cytoplasmic membrane through the activities of a number of specific glycosyltransferases, followed by transfer to the external face of the membrane by a flippase39-41. The glycan is then transferred from the lipid carrier to select asparagine residues located within an N-x-S/T motif (where x is not proline) of target proteins by an oligosaccharyltransferase, AglB42, 43. We are a leader in the archaeal N-glycosylation field, being the first to identify genes involved in N-glycan assembly including aglB, providing the abbreviation for the genes involved in this pathway (agl, archaeal glycosylation) adopted by the field44, 45 and co-authoring the first review on archaeal N-glycosylation46. In M. maripaludis, we showed that archaellins are modified with an N-linked tetrasaccharide34 while, unexpectedly, the pilins have a pentasaccharide glycan which consists of the archaellin glycan with an extra hexose as a branch to the linking sugar47.

Through the efforts of dedicated students and outstanding collaborators, my laboratory has made significant contributions to the literature on archaeal surface structures and the N-linked glycosylation pathway that is so important for their assembly and function. From 2007-2013 we have been very productive with almost 30 publications of various types with most featuring graduate, and sometimes undergraduate, students as co-authors and published in leading journals. During the last six years, we have published several major advancements.

1. N-glycosylation studies on archaella. In collaboration with mass spectrometry (MS) experts Drs J. Kelly and S.M. Logan, we published a series of papers on the unique structure of the M. maripaludis archaellin N-linked glycan and identified many genes involved in glycan biosynthesis and assembly34, 42, 48-50. These papers, coupled with preliminary data on other operons that we identified, allowed us to assemble large portions of the N-glycosylation pathway in M. maripaludis. Furthermore, they showed the importance of N-linked glycosylation for archaellation as aglB mutants were non-archaellated although perturbations in the N-linked glycosylation pathway did not affect the appearance of type IV pili, which are also composed of N-glycosylated subunits. Our findings in methanogens on the importance of N-glycosylation in archaella formation/motility have been replicated in other Archaea35, 36.

2. Archaeal type IV pili. In collaboration with Dr. Ed Egelman, we published the first structure of an archaeal pilus showing, by cryo-electron microscopy, that it had a structure entirely different from any known bacterial pilus51. Using genetic and MS analysis, we identified the major pilin and three minor pilins and showed, for the first time, type IV pilins modified with N-linked glycans47. In addition, we demonstrated that the pilin glycan was different from the archaellin glycan, an unusual case where one cell modifies different proteins with different glycans. We also identified a fifth essential pilin (Nair et al, submitted PLoS One) and an ATPase, two platform proteins and a number of other genes essential for piliation that lack homologs in other archaeal or bacterial type IV pili systems (Nair et al, submitted Arch. Microbiol.).These data suggest M. maripaludis pili are more complex than other archaeal pili52, 53.

3. Prepilin peptidases. We were the first to show that the archaellins are made as preproteins with type IV pilin-like signal peptides and identified the first archaeal prepilin peptidase, designated FlaK54, 55. In other Archaea, the prepilin peptidase equivalent PibD is much more promiscuous in the substrates that it can process than is FlaK56. We showed by a series of in vitro processing assays that this may be due to the ability of PibD to recognize substrates with a wider variety of signal peptide lengths than can FlaK57.

4. The fla operon. In the paper by Chaban et al58, we utilized newly developed genetic systems for M. maripaludis59 to generate nonpolar deletions in most of the 11 genes of the fla operon. We showed for the first time that all fla operon genes, except flaB3, were essential for archaella formation. We first showed FlaB3 formed the hook region, later also shown in an extreme halophile60.