Faculty members (including 5 from DBMS) awarded $8.6 million in funding from CIHR 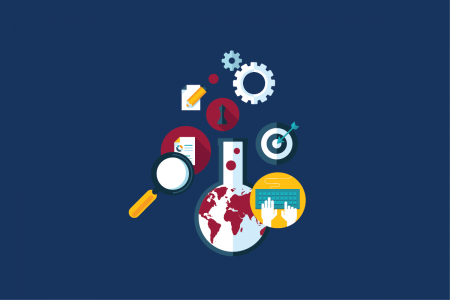 Faculty members (including 5 from DBMS) awarded $8.6 million in funding from CIHR

Eleven research projects in the Faculty of Health Sciences (FHS), including five from the Department of Biomedical and Molecular Sciences (DBMS) have been awarded a total of $8.6 million in funding from the Canadian Institute of Health Research (CIHR) Spring 2021 Project Grant Competition. The CIHR is Canada’s federal agency for funding health research. Their Project Grants are designed to support researchers at any career stage build and conduct health-related research and knowledge translation projects. Of the eleven successful grants, one project received Priority Announcement funding, and another received Bridge funding.

(This article was originally published by the Faculty of Health Sciences)

Dr. Ormiston is an Associate Professor in the Departments of Biomedical and Molecular Sciences, Medicine and Surgery. His funded research project is titled: Targeting bone morphogenetic protein-9 as an angioproliferative switch in pulmonary arterial hypertension.

Pulmonary arterial hypertension (PAH) is a fatal disease which involves the disordered and uncontrolled growth of blood vessels in the lung. This overgrowth leads to obstruction of these vessels, and eventual heart failure. Dr. Ormiston’s research will study the effect that a circulating protein called BMP9 has on PAH, which he hypothesizes can serve as a "switch" that either promotes or prevents vascular growth. This information will be used to develop and test candidate drugs that restore the normal growth-limiting response to BMP9 among PAH patients, with the goal of developing new treatments that are grounded in the genetics of the disease.

Dr. Winn is a Professor in the Department of Biomedical and Molecular Sciences and the School of Environmental Studies. Her funded research project is titled: Mechanisms of in utero-initiated benzene toxicity.

When a pregnant woman is exposed to therapeutic drugs or environmental chemicals her unborn child may be at increased risk for the development of cancer after birth. Benzene has been associated with an increase in childhood leukemias, as it can cause DNA damage which may lead to problems in the mechanism of how cells communicate. Through her research Dr. Winn will study the ways in which benzene disrupts the development of early blood cell formation. This will help create more effective monitoring strategies and improve human health assessments, which will ultimately increase the prevention of childhood cancers.

Cancer continues to be a leading cause of death for Canadians and several types of cancer lack effective therapies. Dr. Craig’s research uses functional genomic screening methods to define new genetic susceptibilities in several high-risk cancers, including breast, pancreatic and brain cancers. His team will leverage these results to test new forms of targeted therapy in these cancer models using clinically approved drugs when possible. The impacts of this study will include a better understanding of cancer biology, and the identification of viable new therapies for genes that are frequently mutated in high-risk cancers.

Dr. De Felice is an Associate Professor in the Departments of Biomedical and Molecular Sciences and Psychiatry. Her funded research project is titled: Investigating the role of exercise-linked irisin in Alzheimer's disease.

Despite the fact that the prevalence of Alzheimer’s disease (AD) in Canada is increasing rapidly, how exactly the brain becomes dysfunctional in AD is still uncertain. Dr. De Felice’s research will investigate the role of irisin, a novel hormone boosted by physical exercise, in memory processes. Dr. De Felice’s research will determine if a gene therapy approach that increases irisin can reproduce or boost the beneficial actions of exercise in memory. Counteracting decreases in brain irisin, has the potential to keep brain cells healthy and connected, and effectively combat loss of brain function, including memory, in AD.

Dr. Duan is an Associate Professor in the Department of Biomedical and Molecular Sciences and the School of Computing. Her funded research project is titled: Early Determinants of Lung Function and Asthma.

Asthma affects 14% of Canadian children, is a leading cause of hospitalizations and costs the Canadian healthcare system over $2 billion per year. It is difficult to diagnose in young children due to variable and fluctuating symptoms and the lack of standardized tests. These challenges delayed diagnosis and hinder the study of risk factors for early-onset lung disease. Dr. Duan’s research aims to identify novel risk factors of asthma during this critical window of early childhood. The knowledge gained from this proposed study will inform on mitigation strategies to reduce the burden of asthma and other chronic respiratory diseases through public policy and educating the public as well as health care providers.