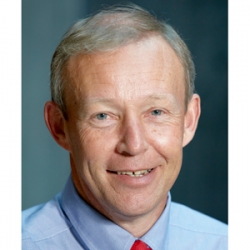 We are an interdisciplinary Neuroscience research group studying the role of the central nervous system in autonomic processing, with a specific emphasis on understanding changes in brain function associated with hypertension and obesity.

The focus of my Neuroscience research program is directed toward understanding how central autonomic control centres maintain many critical variables (glucose, oxygen, blood pressure, sodium, potassium, calcium ....) within the finely controlled limits that are essential to normal physiological function and thus “optimal health.” In particular we are interested in the circuitry and the diverse chemical transmitters which make these physiological systems work. We have approached this problem using multidisciplinary approaches and a variety of different tools as illustrated below:

These studies are designed ultimately to provide targets for potentially understanding changes which may take place in the brain and contribute to the development of autonomic disease states such as hypertension and obesity. Our studies have contributed to a growing literature emphasizing the integration and overlap of separate autonomic systems (cardiovascular, respiratory, gastrointestinal, immune, metabolic....) within the same autonomic control centers in the CNS.

Fry, M., Hoyda, T.D. and Ferguson, A.V.  Making sense of it:  Roles of the sensory circumventricular organs in feeding and regulation of energy homeostasis.  Experimental Biology and Medicine 232:14-26, 2007.

I am interested in how adipokines (hormones released from adipose tissue) act in the brain to regulate feeding and blood pressure and contribute to the development of obesity and hypertension. Using in vivo(microinjection, stimulation, lesioning)  and in vitro (electrophysiological, molecular) techniques, I am investigating how circumventricular organs detect circulating adipokines and influence areas in hypothalamus involved in energy homeostasis and cardiovascular regulation.

I am currently investigating the actions of the anorexigenic neuropeptides, nesfatin-1 and alpha-MSH, on neurons in the medullary nucleus of the solitary tract (NTS). Using whole cell patch clamp techniques in a brain slice preparation as well as single cell reverse transcriptase PCR, I am studying the effects of these peptides on the excitability of individual neurons in the NTS to characterize the specific functional roles, cellular correlates, and signalling pathways they engage in this autonomic nucleus. I am also interested in the role of glucose sensing neurons in the NTS, and how changes in the nutritional status of the animal affect the responsiveness of cells in this centre to anorexigenic peptides.

I am currently studying the actions of the anorexigenic peptide alpha-MSH at the subfornical organ (SFO), a circumventricular organ involved in metabolic regulation. Using whole cell patch clamp techniques on dissociated neurons, I am evaluating the effects of alpha-MSH on the excitability of SFO neurons, in order to further understand the role of peripheral alpha-MSH in metabolic regulation, and how it may influence central autonomic integration through the SFO.

I am currently investigating the roles of the subfornical organ (SFO) - a circumventricular organ (CVO) which lacks a blood-brain barrier, in feeding behaviour. I am studying the effects of an anorexigenic GI peptide hormone, cholecystokinin (CCK-8), on the excitability of dissociated SFO neurons using whole cell patch clamp techniques to characterize the functional roles of CCK-8 in this CVO.

My research investigates the actions of the novel gasotransmitter hydrogen sulfide (H2S) in the subfornical organ. H2S has classically been thought of as a poison, however recently it has been discovered to have beneficial physiological actions in the nervous system. We have characterized one of these actions, identifying a profound influence of H2S on blood pressure through actions in the SFO. I use electrophysiological techniques to study the effect of H2S on both the membrane potential and on specific ion channels in the subfornical organ, with the goal of understanding the mechanism of action of H2S in this important brain area.

I am interested in the effects of the novel gasotransmitter hydrogen sulfide on the nucleus of the solitary tract (NTS). Using patch-clamp electrophysiology and brain slice preparations I am investigating hydrogen sulfide’s effects on various ion channels.

The paraventricular nucleus (PVN) is critical for normal energy balance and has been shown to contain high levels of both brain derived neurotrophic factor (BDNF) and TrkB (its associated receptor) RNA. BDNF is a member of the family of neurotrophic factors traditionally recognized for its role in the development and differentiation of neurons. I am interested in investigating the influence BDNF has on the excitability of PVN neurons through the use of whole patch-clamp techniques and to determine BDNF's role in PVN as an integrator of autonomic function

How can lipophobic, molecular signals influence autonomic control centres (ACCs) in spite of our brain's lipid soluble, blood-brain barrier (BBB)? My project looks at the subfornical organ (SFO), a region of the brain that belongs to the circumventricular organs (CVOs). These CVOs are characterized by the lack of a BBB signifying that certain lipophobic molecules can act on the SFO which can then regulate ACCs influencing sleep and appetite. I will specifically be performing calcium imaging to see whether lipophobic hormones such as α-MSH and CCK have any effect on neurons in the SFO.