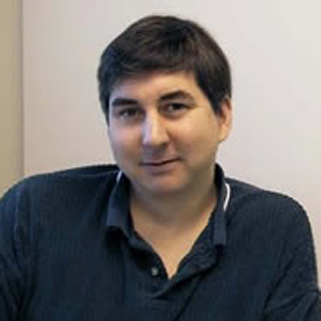 Checkpoints are regulatory mechanisms that control the timing of transitions between cell cycle phases. Each checkpoint is regulated by a signal transduction cascade that can trigger cell cycle arrest in the presence of cellular damage. The best characterized checkpoints detect incorrect DNA structures, including physically damaged DNA, incompletely replicated DNA, or improperly formed mitotic spindles. Many of the components of these signal transduction cascades have been conserved throughout eukaryotic evolution, as similar genes have been found to regulate these processes in yeast and man. A number of genes that regulate checkpoints act as tumour suppressors in humans, including p53 and BRCA1.

Ongoing work involves characterization of yeast and human G2 checkpoint control genes, including hRAD1 and hRAD9 which were cloned in our lab. We have recently demonstrated protein-protein interactions between these and other G2 checkpoint control proteins, as well as other cell cycle regulators. We have also demonstrated the hRAD9 undergoes phosphorylation and complex rearrangements following irradiation, and we are currently studying the role of these changes in checkpoint signal transduction. Genetically, we are attempting to eliminate function of the human G2 checkpoint genes in mammalian cells and determine the effect this has on cellular responses to DNA damage.

We are also interested in the nature of DNA repair, particularly the Uve1-mediated repair in the fission yeast Schizosaccharomyces pombe. As with loss of checkpoint control, defects in DNA repair pathways have been linked with human cancers. These include mismatch repair defects which lead to hereditary colon cancer and xeroderma pigmentosum.

Current work in this area involves the characterization of Uve1 regulation through the checkpoint proteins Rad9 and Rad12. We have recently shown that Uve1 can initiate repair at base mismatches as well as at UV photoproducts, and that uve1 mutants exhibit elevated spontaneous mutation rates. We are currently studying the in vivo role of this enzyme by a both genetic and biochemical means.

Publications (individuals under my direct supervision are underlined):